As designed and mentioned in project 1 and project2, the FSM I implemented is a simple and abstract model of a digital camera. It features 10 states of operation: 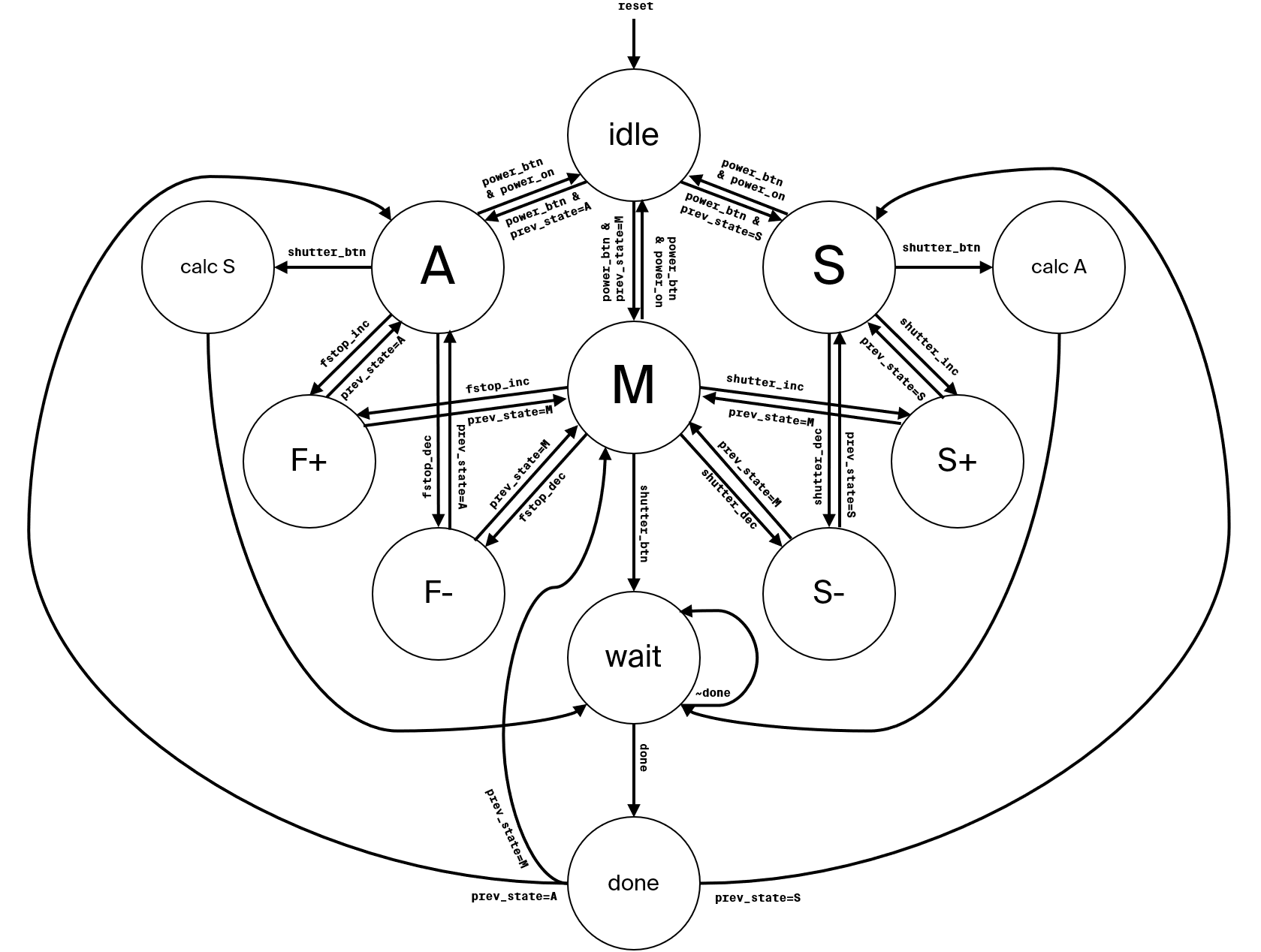 This subsection describes all the input/output of the FSM.

There are a total of 11 inputs.

There are just two outputs.

Gaps in the standard-cell layout is filled with filler of size 1, 2, 4, and 8 to ensure design validations are passed. 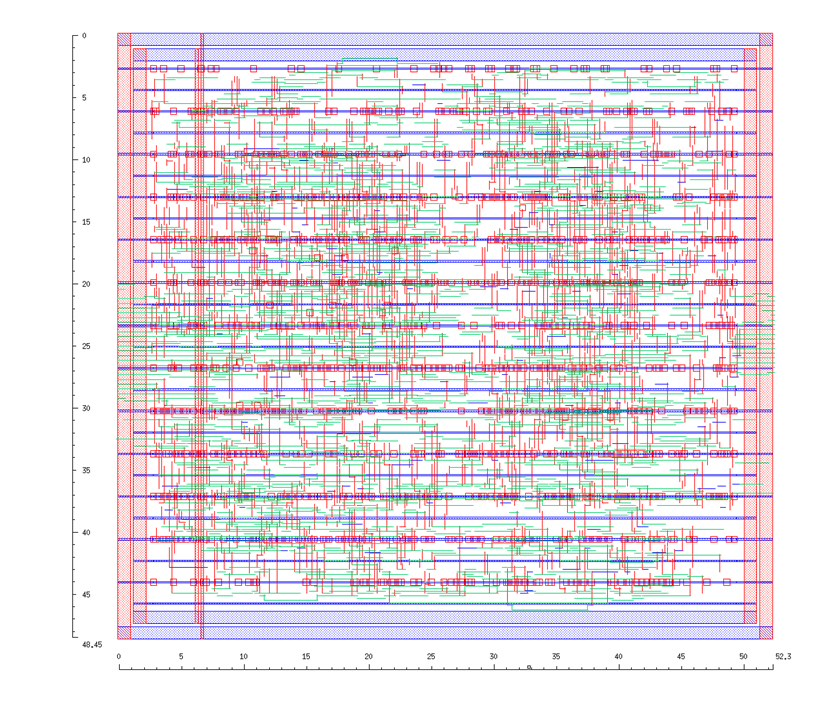 To ensure that the layout is functioning exactly as it is designed, the same test-bench used for project 1 and 2 is used here. There exists assertions placed throughout the test-bench to ensure that data flow and appropriate states are correct.

Lastly, I visually inspect the waveform in ModelSim using the output of previous project waveforms as reference (see next section).

The image below shows the simulation waveform after layout using SDF. Note that some test signals are optimized away by ModelSim, however the result (sequences of states and output values) are still correct.

For reference, the image below shows the waveform of the synthesized FSM (mapped) from Cadence RTL. The output is identical.

For even further reference, the image below shows the waveform of the unmapped FSM. The output is still identical.

The following is the test bench .sv file is used test the FSM. Linked version also available on GitHub here.

All nodes are charged to VDD during the pre-charge phase, the only time that the input node to the inverter will discharge (go to 0) is that is that AB(C+D) is true.

We first use a K-map to find the logic function from the truth table. Also for the sake of simplicity, I will reassign A3, A2 A1, A0 to $DCBA$. As shown in the drawing below, the sum of products can be deducted:

As seen in the expression above, 3 logic blocks are required. Each block’s 3-LUT will be populated based on the above expressions:

The completed PLB in the FPGA looks like this:

Note that because everything is combinational logic, the 2MUX at the end of each PLB is set to 1 to not use the flip-flops.