The following figure is the layout of the NAND3.

The following waveform graph showcase the input vs. the output for a worst-case test-bench setup. See the next section for the test-bench setup. Essentially, the worst-case is if two of the inputs to the NAND3 are tied to fixed value. The input pattern transitions like this: 001 ↔ 000 and output should toggle between 0 and 1.

The simulation is performed accounting for the extracted view after layout, as well as all the parasitic capacitances. 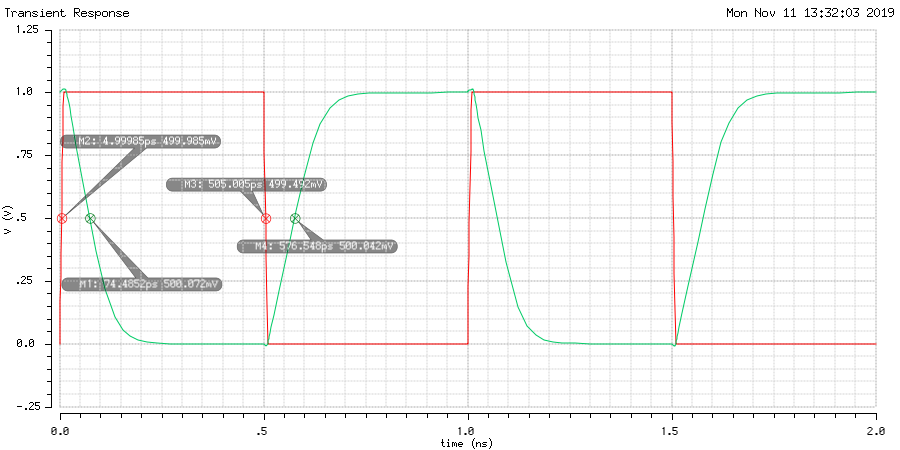 The diagram below shows the schematic for the test bench used to test the worst-case scenario of the NAND3. The waveform in the previous section is generated using this schematic and configured to use the extracted view from the layout.

The diagram below is the schematic of the NAND3. 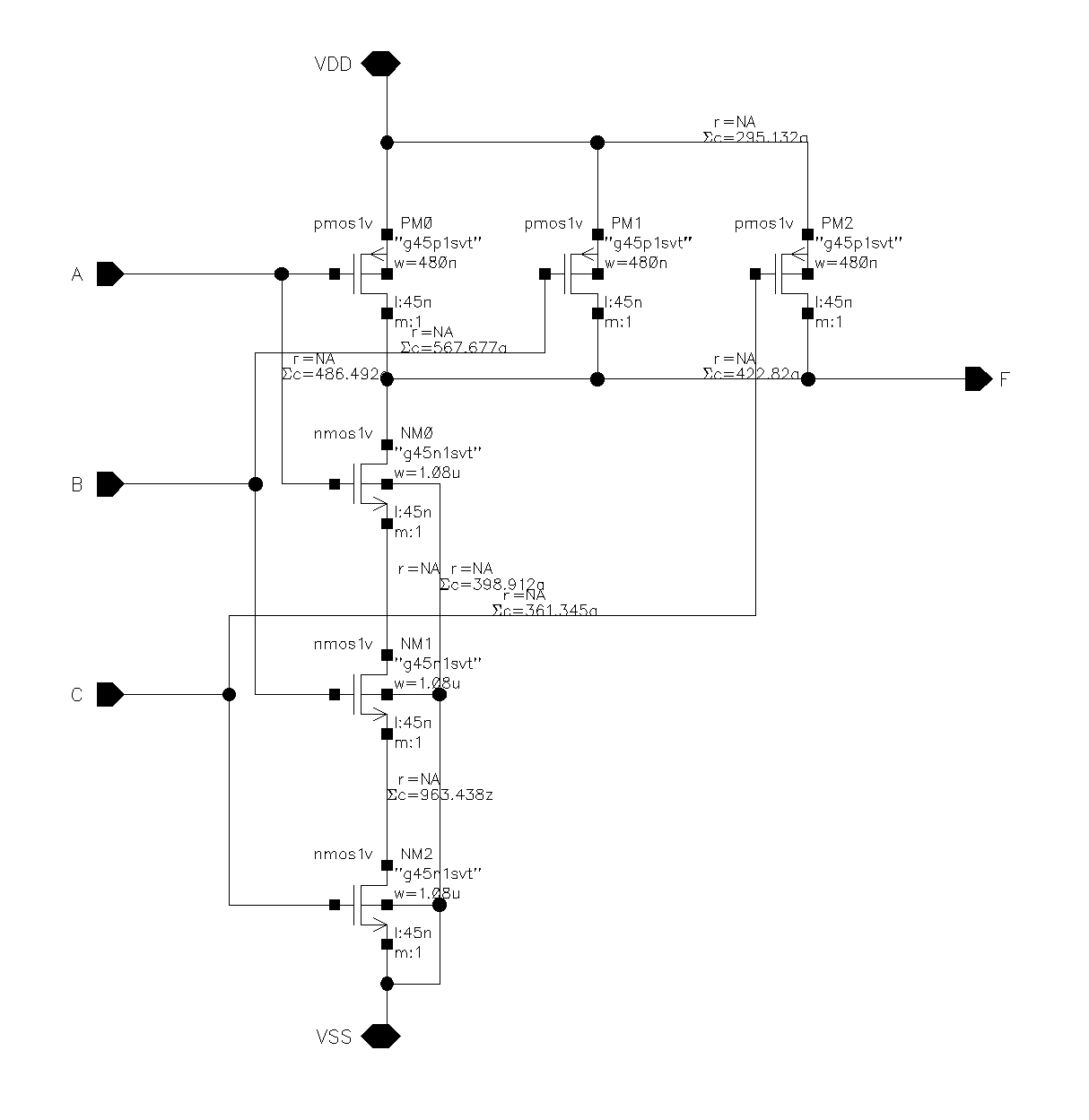 We want to match the MOS’s such that overall it matches that of resistance in an inverter where NMOS W/L=4λ, and PMOS W/L=8λ.

The worst case for the pull-up logic is that only a single branch, specifically the A-B PMOS branch since there is more resistance due to the two PMOS in series. Therefore, we have to make them 4W each, or 16λ. For C and D, they’re 2W or 8λ each.

For pull down, only one of A or B NMOS is on would be the worst case. So the three NMOS in series need to match 1W for an inverter. So they’re all 3W or 12λ each.

For tpHL, we need to consider a scenario where as many nodes are charged up to VDD as possible before transition. By this logic, D mustn’t be on and C must be always on. So the input pattern ABCD = 1010, 0110, or 1110 all works.

Before transition, we want as many node to be 0, so C and D NMOS are both on. (C and D PMOs are off). Since the only node in the pull-up complex that is capable of being 0 is the node between B and A, we turn A off (PMOS for A is on). Therefore, the input pattern before transition is ABCD = 0111.

During the transition, we turn on as little PMOS as possible to drive up. So we just turn off B (turn on B PMOS). The input pattern is ABCD = 0011.

The schematic of the logic gates and the test-benches are shown in the diagrams below:

The worst case tpHL is 218ps by reading from the waveform of the simulation of the first test-bench schematic. 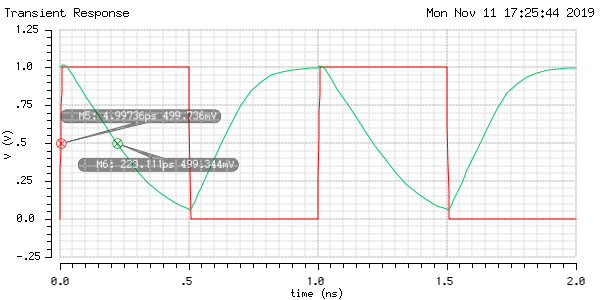 The worst case tpLH is 111ps by reading from the waveform of the simulation of the second test-bench schematic. 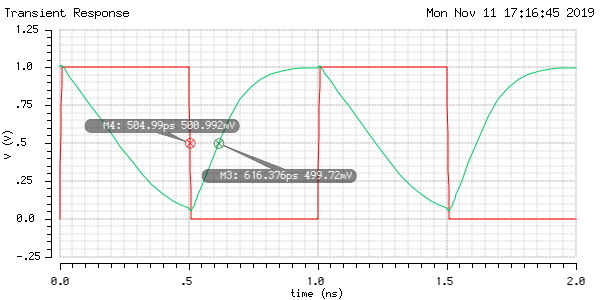 The expression of the output function is derived as follows:

Therefore the combined logic is:

The path from A to C passes through a single inverter and a single TG. There exists some capacitances C1 and C2 at each node along the path.

A to C Delay

Now we want to find the delay through the entire circuit (from A to OUT).

The equivalent circuit is now as follows:

C1 and C2 is the same as before. Except now we also have to consider another set of resistance from the inverters, and C3 at the output node.

Note: ignore the y-axis value. The graph is only made to find the the value of $f$ by looking at a local minimum.